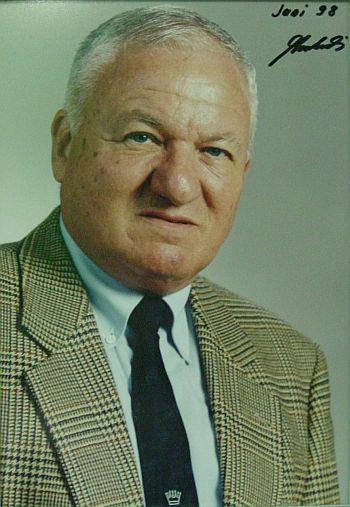 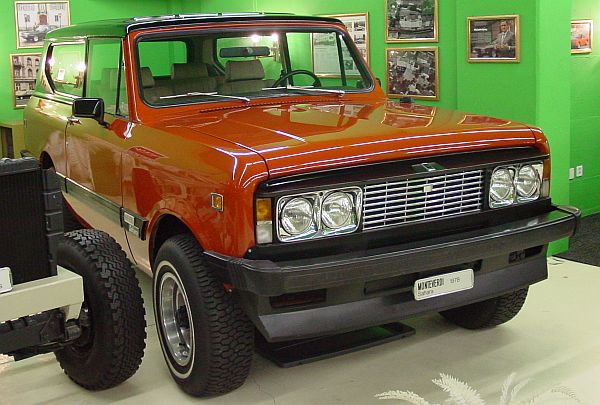 After the oil-crisis, Monteverdi had to think over his model-range.
Sport-Coupes with big engines didn't sell, after 1973.
He had the great idea to produce a luxury Off-Road car.
Monteverdi started production with two different models, both based on the International Scout.
The cheaper one, called Sahara, showed just a few modifications at the body, but the interior was more luxurious. 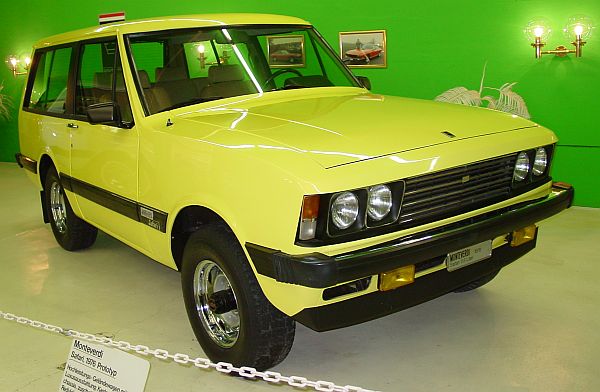 A complete redesigned car was the more expensive Safari. 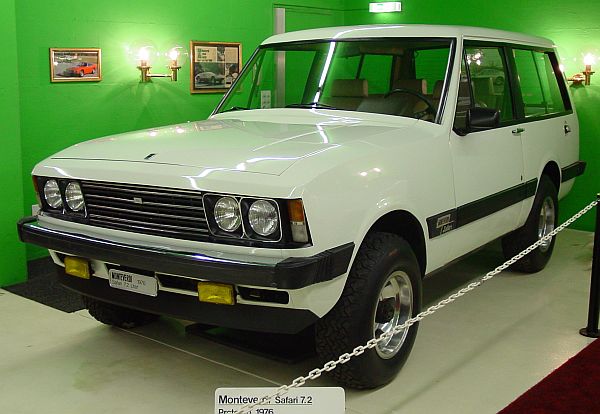 Most of these cars were exported to oil-.producing countries, and so Monteverdi offered the good old Chrysler engine, again.
So the oil-sheiks were able to enjoy the car :o) 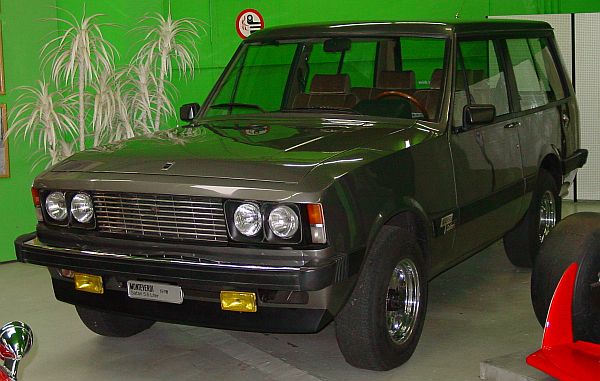 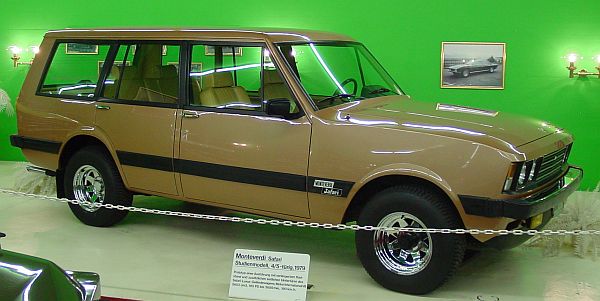 During the late 70's there was an increasing demand for armoured cars, Monteverdi tried to get into that market, too. 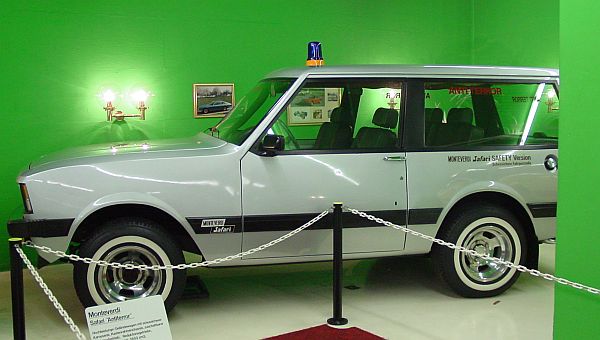 Peter Monteverdi built about 1000 4WD-cars, when International discontinued the Scout-model.
So Monteverdi used his experience to construct an off-road-car for the Swiss Army,
even a civil-model was included, but the car didn't get into production. 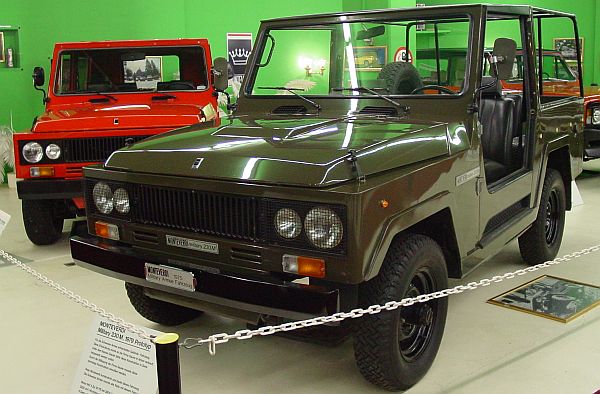 After that, Monteverdi concentrated on designing prototypes, special editions, or even watches.
Below you can see a special edition of a Range Rover: 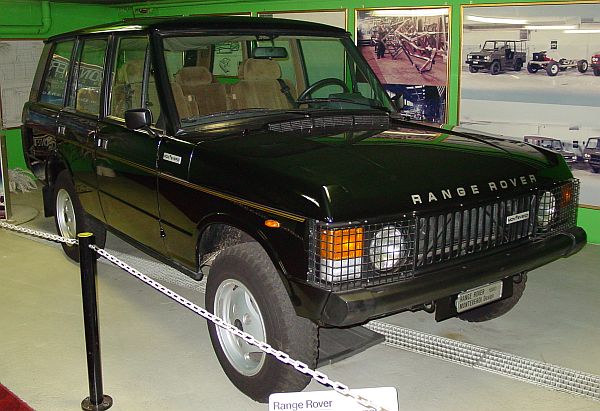 Since the beginning, Peter Monteverdi was interested in race cars.
One of his first projects was a go-kart, which was built under the label of MBM (Monteverdi Binningen Motors). 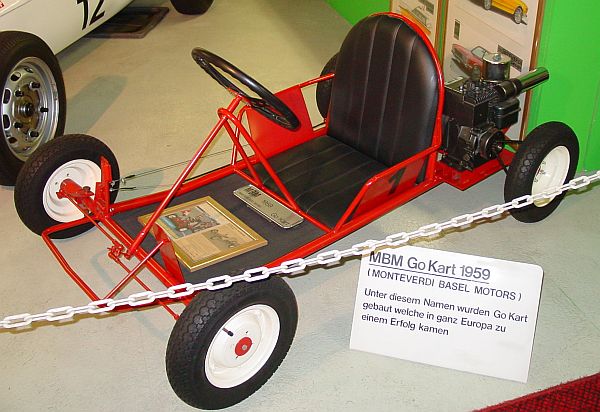 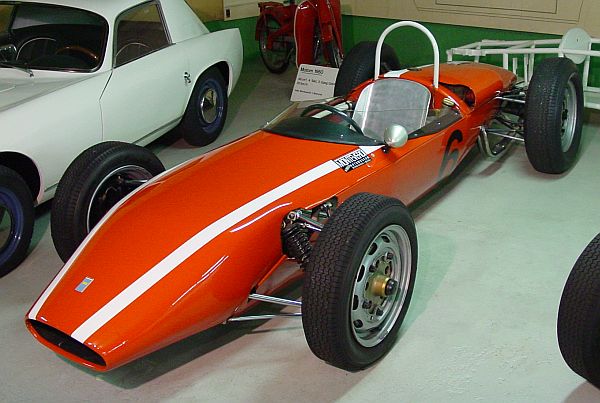 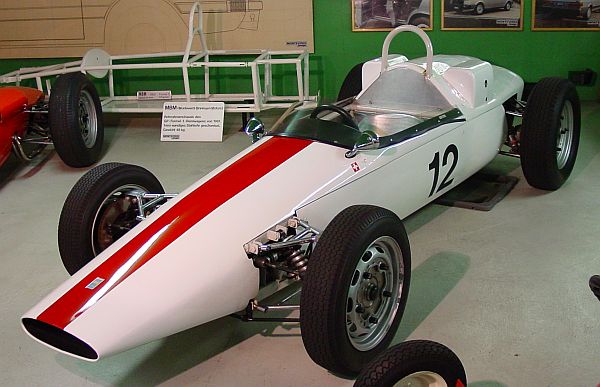 Even a MBM Formula 1 car was quite successful, but after an accident
(the rest of the wreck is included in the foundation stone of the museum-building!),
Peter Monteverdi decided to stop his racing-career. 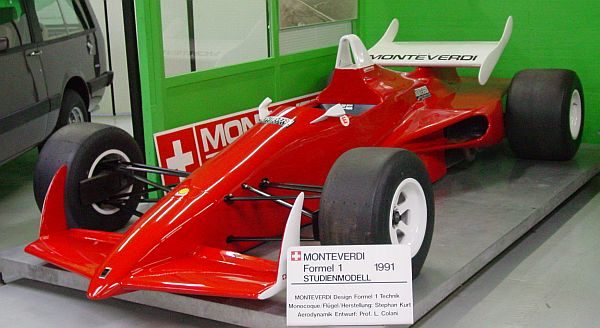 In 1991, Monteverdi started his activities in the Formula 1, again. 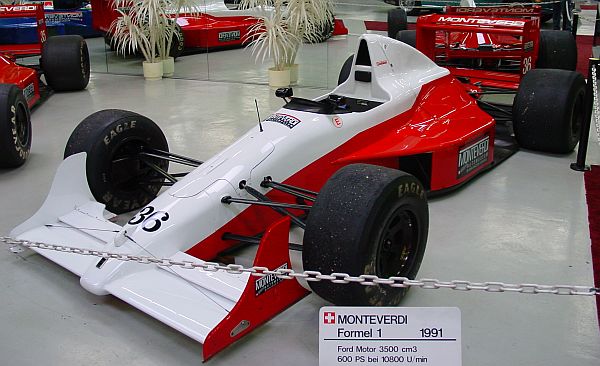 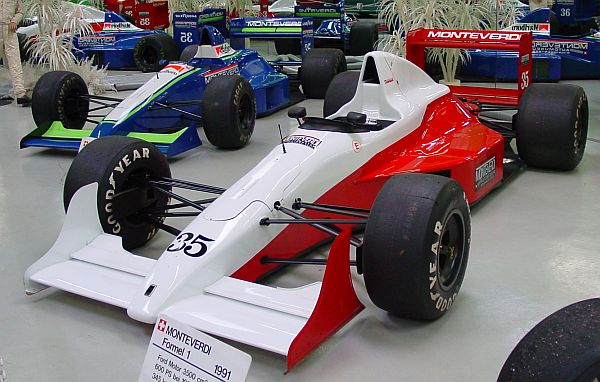 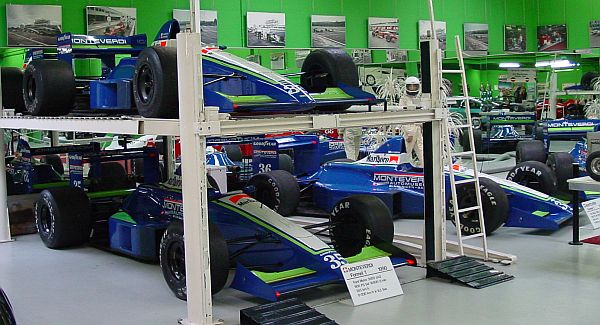