In January 2010, John D'Agostino started his Stutz-project by buying a 1975 Stutz Blackhawk.
It is said that it was owned by Marie Osmond... 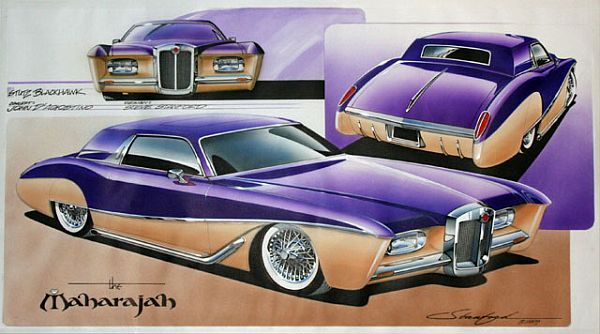 On D'Agostino's homepage there were a design sketch with some interesting ideas.
I liked the new headlights, and the new position for the taillights, but a Stutz without a visible spare-wheel?

Well, the plans were changed, almost completely...
In January 2011, the car had its debut at the Grand National Roadster Show in Pomona, California.
The front and rear look like a standard Stutz, just the taillights were modified. 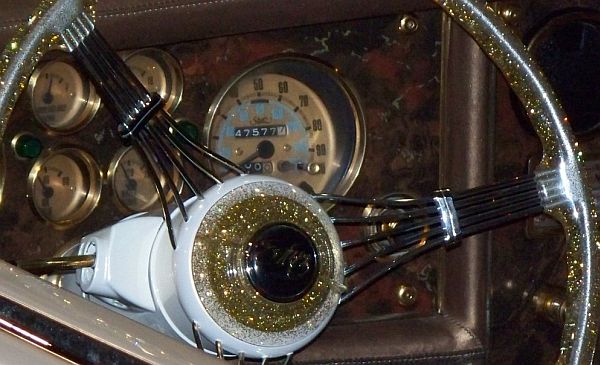 The doors are now suicide doors, and the paint include 3 ounces of real gold!

The main change, next to the fact that it is a lowrider, now,
is that the top can be removed completely, so it's some sort of a Bearcat.

Co-owner, and co-designer is Woodroe Parker, who owns an original 1977 Blackhawk.
This D'Agostino-Stutz was shown in Sweden, in 2011.
Later the car was on display at the Petersen Automotive Museum, standing next to the Wayne Newton Convertible.

Photos by Allen Ridderhoff. Thanks!!!

In April 2011, the car was shown at a car show in Sweden.
Unfortunately, the organizers weren't interested in some more Stutzes...

Bjorn Granheim came from Norway, with his Stutz, and took some additional photos: 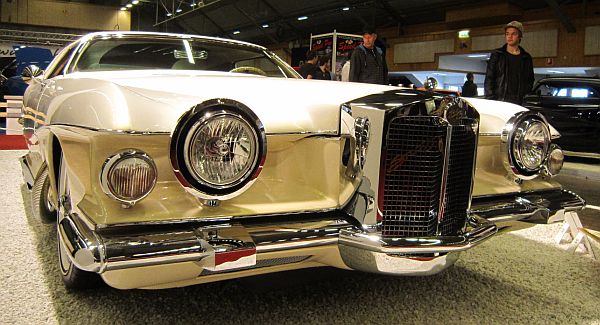 The front, almost original..., a little lower than a normal Blackhawk. 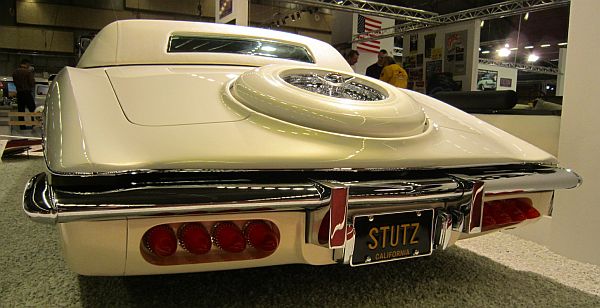 And here a good photo to see the modified taillights. 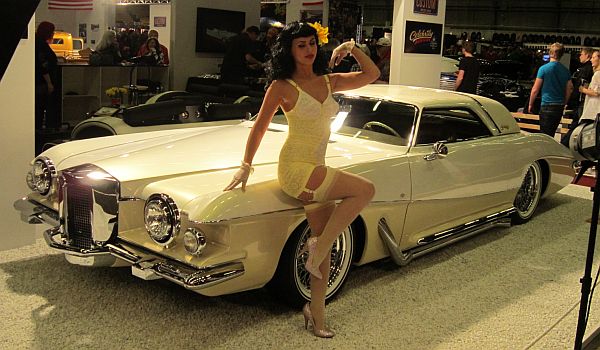 As normal at car-shows, the car was presented with some "accessories". 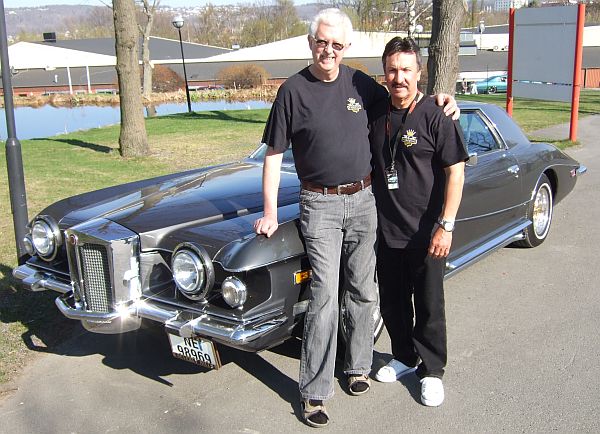 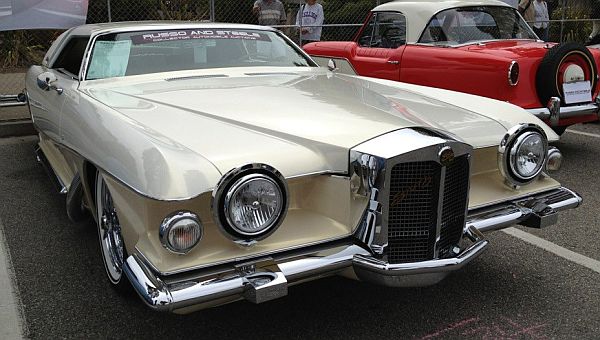 In August 2012, the car was auctioned at Monterey by Russo & Steele. 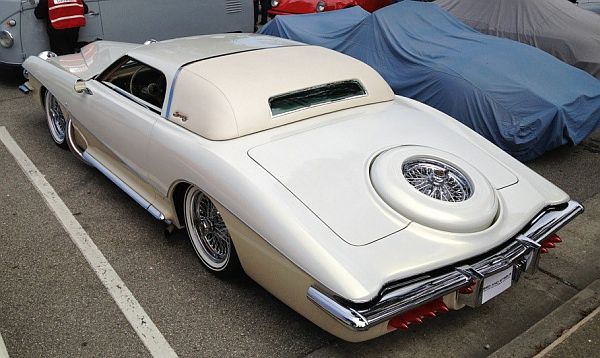 After the auction we lost the car... we had no idea where it was located afterwards...

Until, in 2018, a friend of a Stutz-owner was surprised to see the car in a Turkish Museum, the Key-Collection. 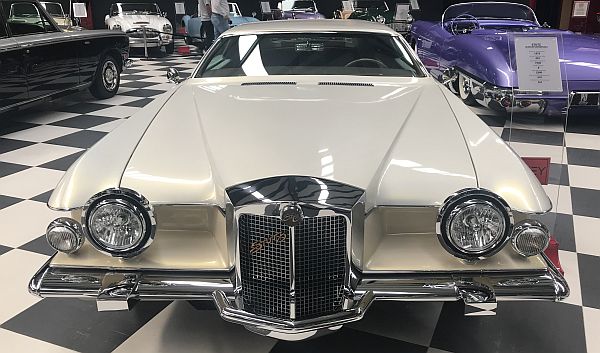 Thanks to Michael Roesing for these wonderful photos!

Standing next to a Batmobile... the display looks great! 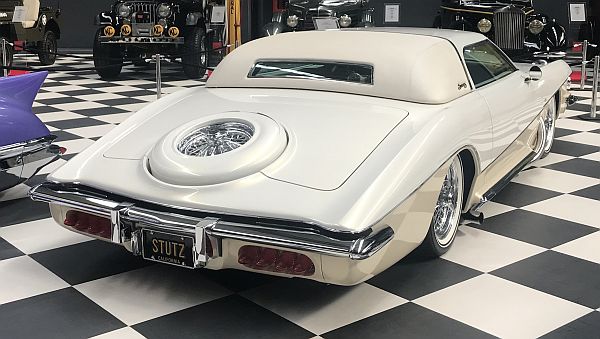 see "The Egyptian", a 1958 Oldsmobile Super 88, customized by John D'Agostino
back to registry