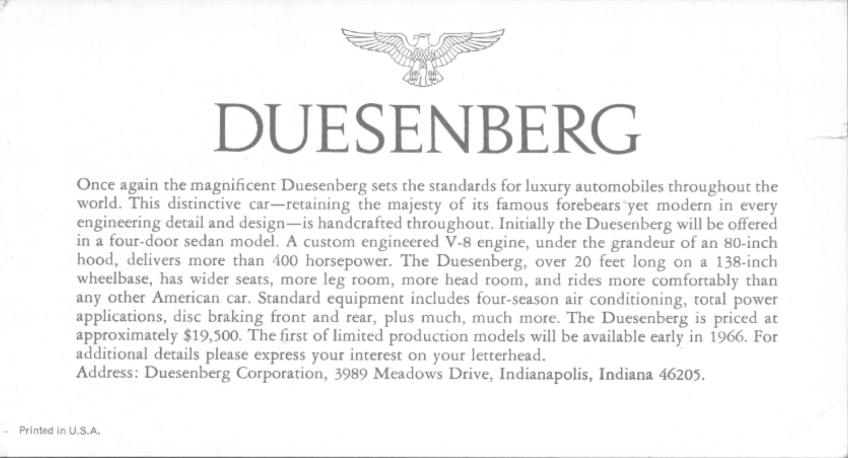 Virgil M. Exner designed, on a Chrysler Imperial chassis,
powered by a V8-440ci engine, a car that was inspired by his "Revival Cars".
The design was quite different to the design-suggestion Exner made in 1963 for a Duesenberg revival. 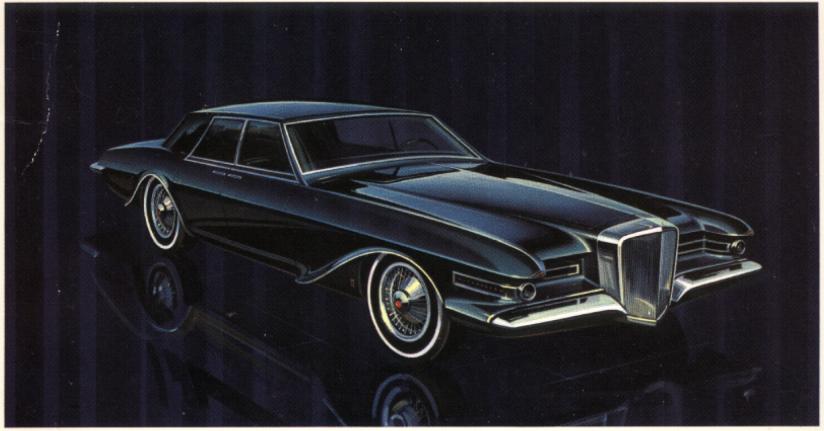 The above picture shows the styling that came true,
below you see the drawing of a 1965(?) styling that wasn't realized. 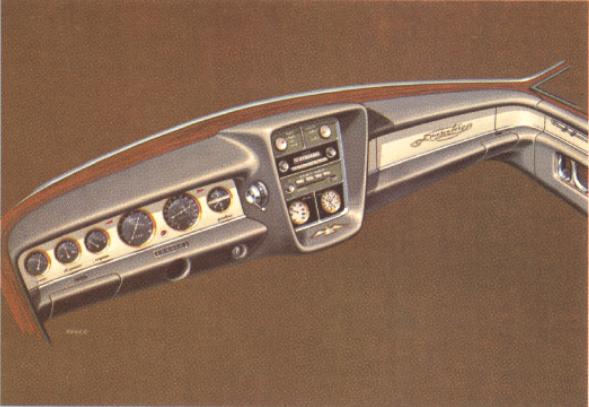 Above: the design-sketch in the original brochure 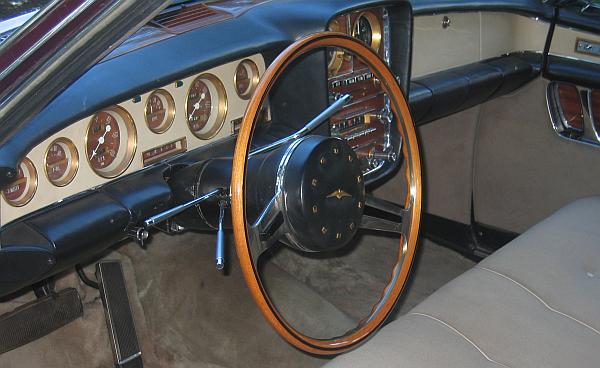 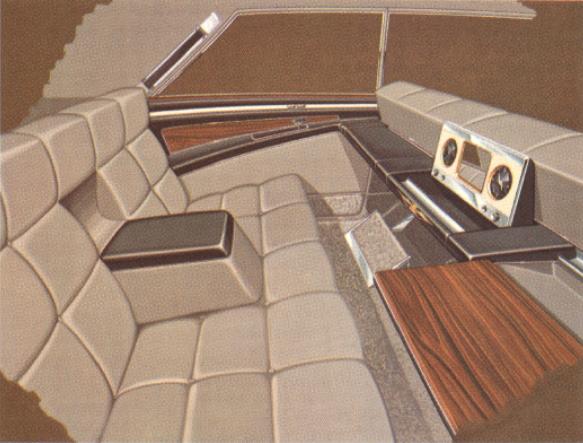 Production never started.
The marshall seized the car because Duesenberg owed the salesman his commission.
Provision was $ 500 for each car, they couldn't pay him $ 5000, so the prototype was destrained.
That was the end of the new Duesenberg. 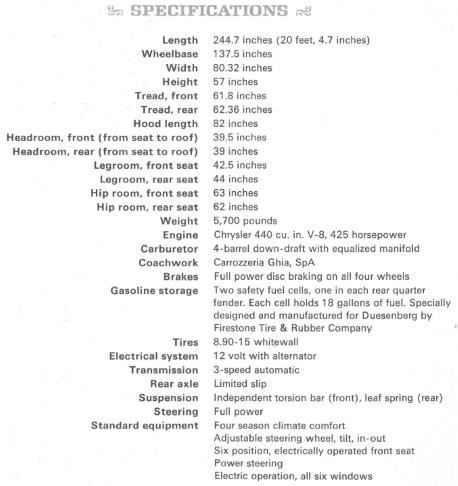 The following postcard was issued in 1984.
Stating that the owner was Samuel Schwartz of Long Island, New York. 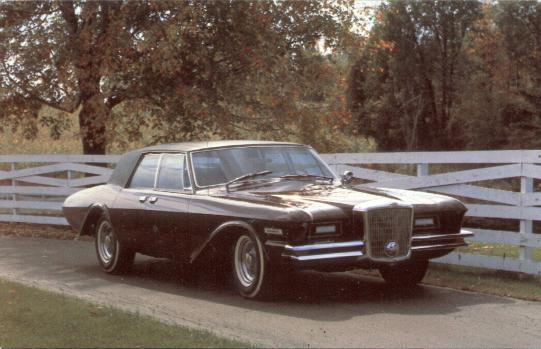 For several years, the car was shown at the "Auburn-Cord-Duesenberg-Museum". 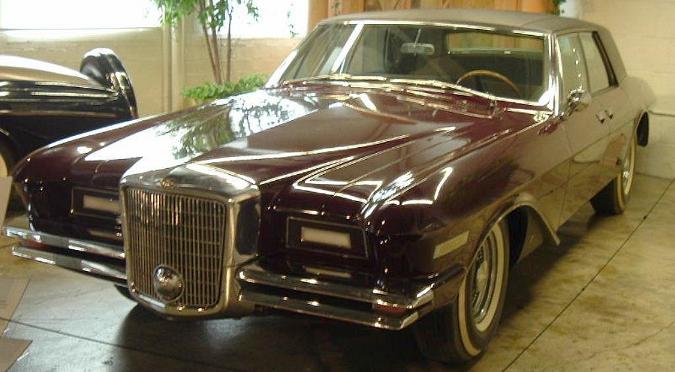 In May 2004, Jeffrey King visited the museum, and sent me these two photos.

Today, the prototype is owned by famous car-collector Joe Bortz.

In August 2008, he sent me three great photos, which you can see here. 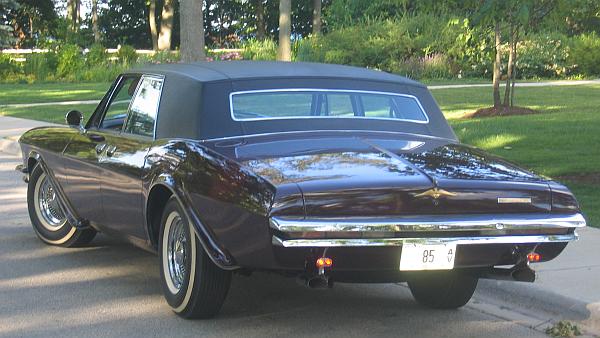