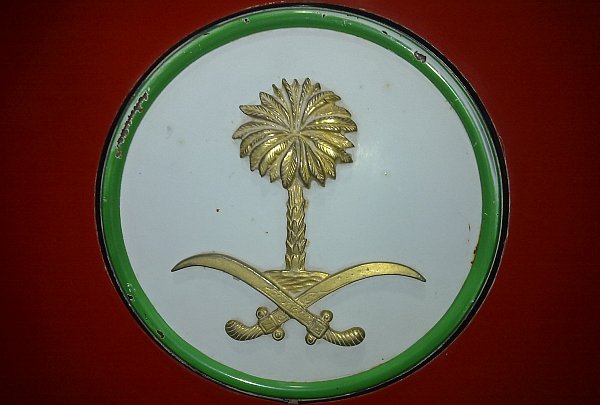 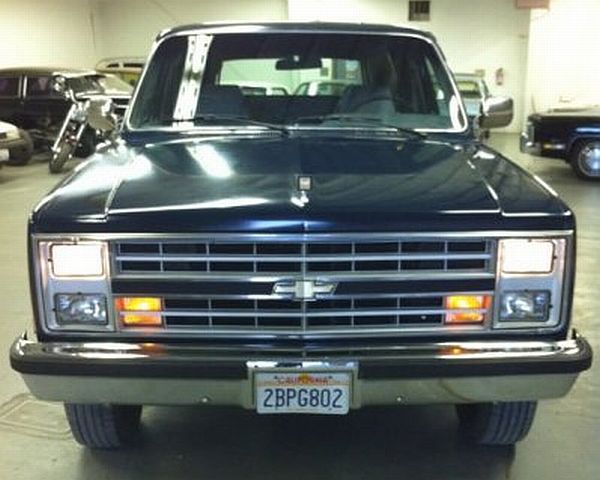 In 1984, Stutz started to develop an armoured car, based on a standard Chevrolet Suburban. 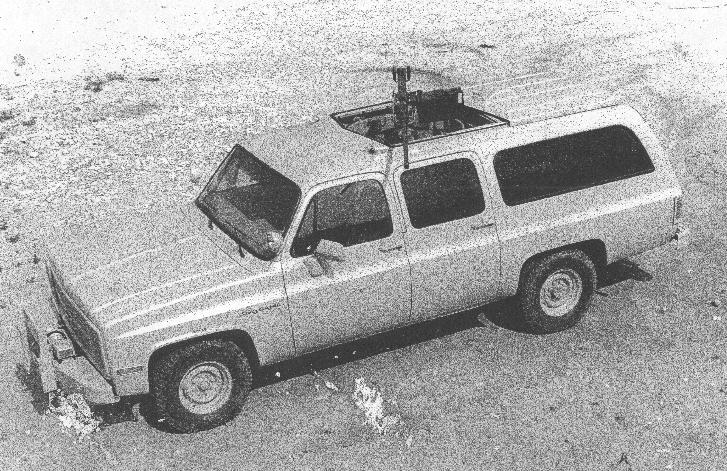 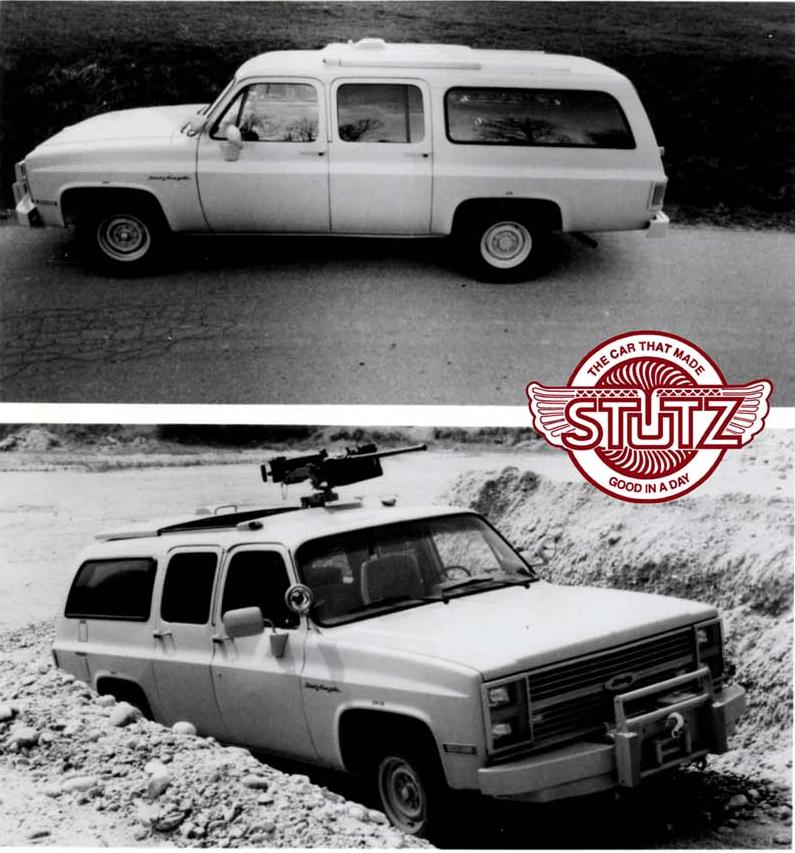 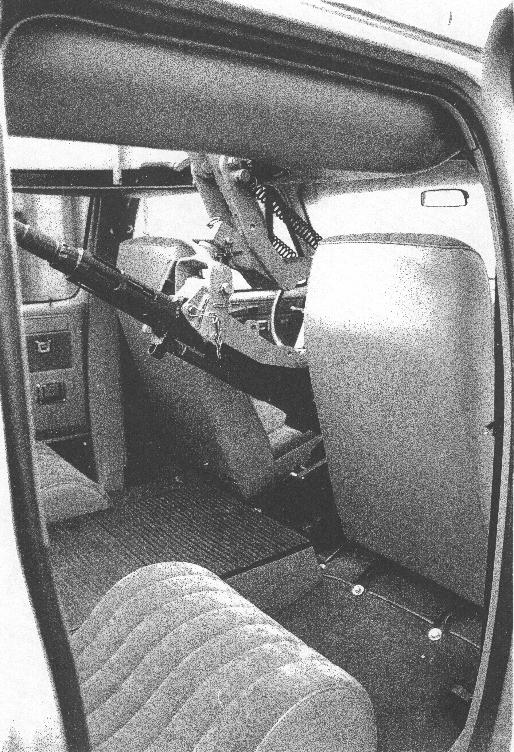 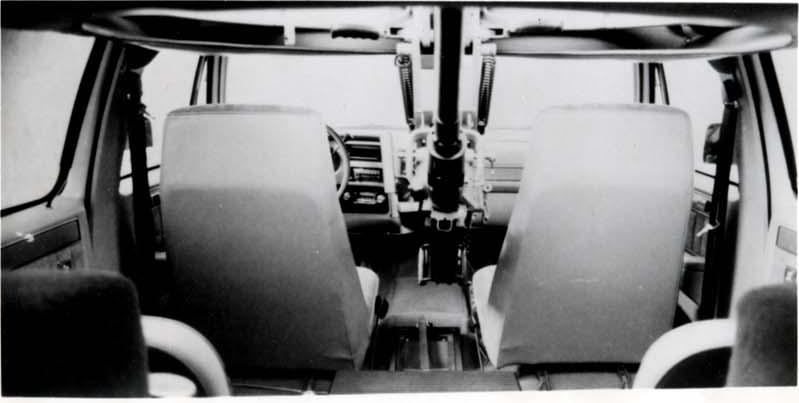 The Defender, later renamed into Gazelle, had a machine gun as standard equipment...
Well, it was made for military purpose, for example in Saudi Arabia. 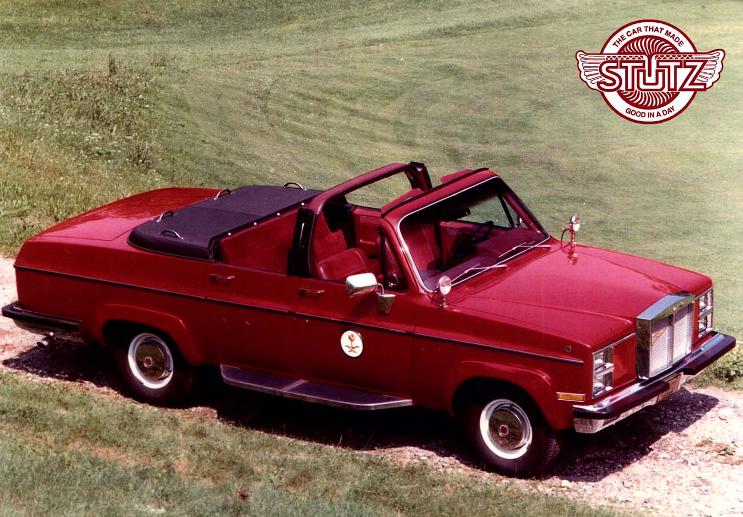 The Bear, a four-door convertible was built 46 times. 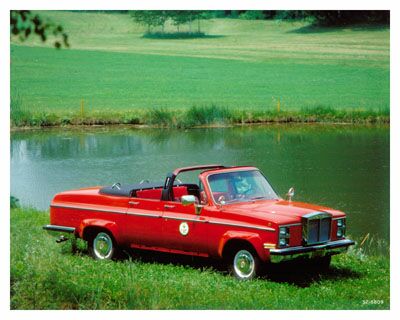 Clients were the Royal Guard of Saudi Arabia, 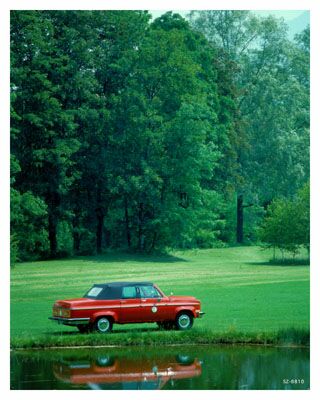 and King Hassan of Marocco. 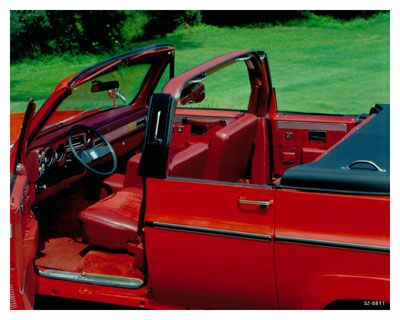 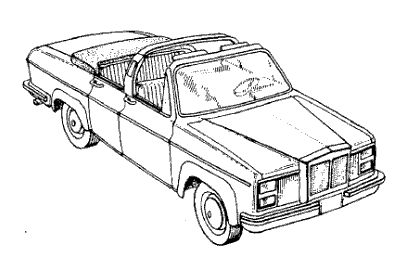 These photos, taken by Hatem Shammari show some interesting details! 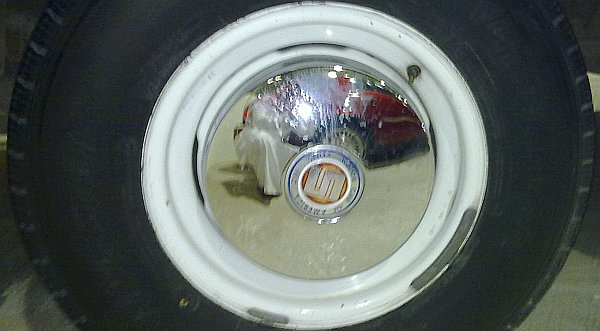 The running boards are missing, hopefully they are in the trunk. 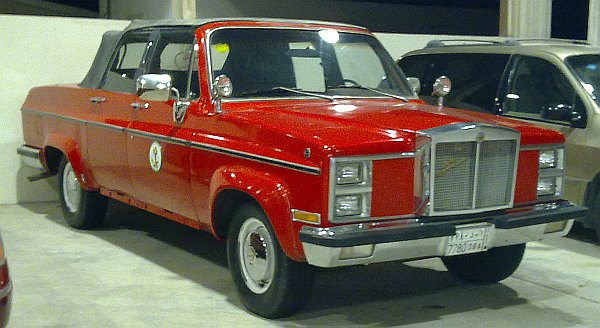 Back, in August 2008, I got this photo, most likely showing the same car.
Interesting to see that the car is named "Royal Guard", not Bear...
Well, it had to guard a Royal, the King of Saudi Arabia, and so it also had to guard a Stutz Royale. 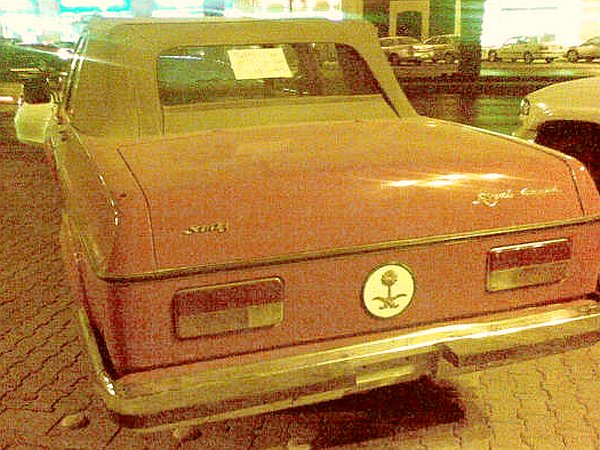 In January 2009, I got in contact with Alrammal Abdulrahman, he took a photo of "Royal Guard", too. 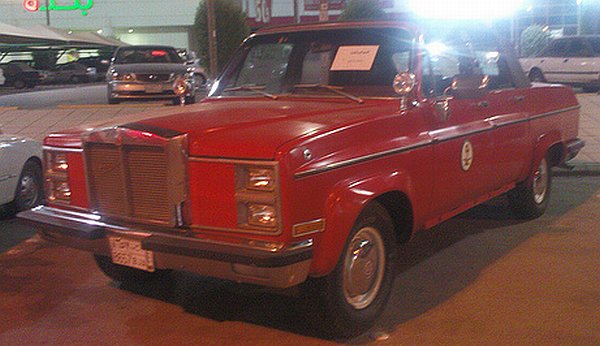 The canvas-top seems to be darker, and fits better, in addition to that the car was shown at a different location, with a different license-plate, so it's perhaps another car... 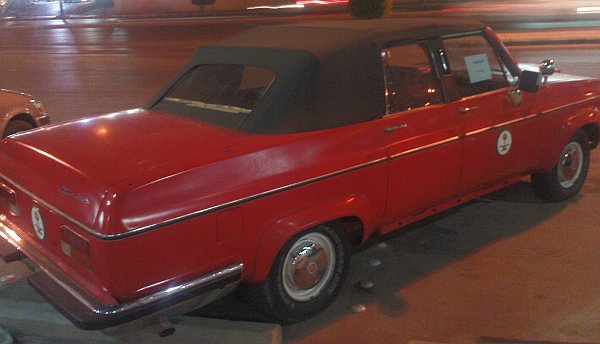 In late 2009, a friend discovered two very interesting photos.
One is showing a "Bear" with a fixed roof,
and in a color that I haven't seen before on a car of the Saudi Arabian Royal Guard. 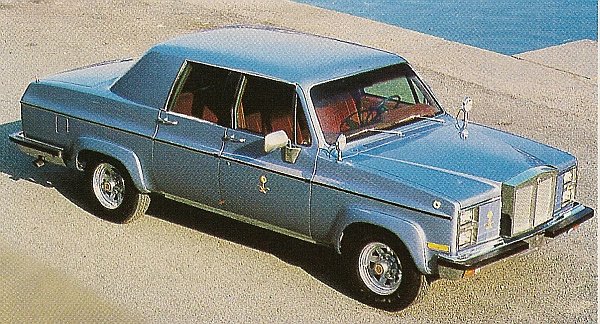 The other one is even more interesting,
showing some sort of a combination between the Royale Limousine and the Bear-SUV.

This car, also based on the Chevrolet Suburban, shows freestanding headlights, like on the "normal" Stutzes. In addition to that there are vents behind the front-wheel, and the chrome trimline, imitating the standard Stutz trimline. And of course... it's a SIX DOOR! 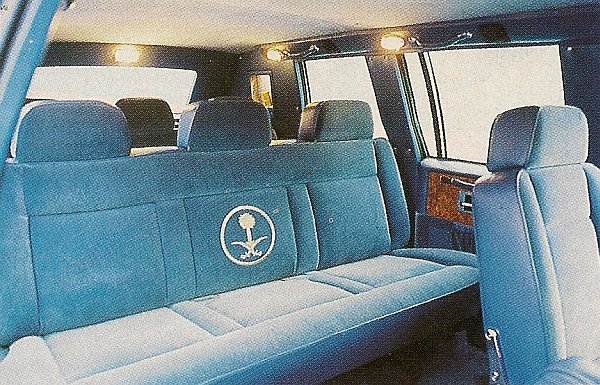