Since the beginning, Stutz planned to produce also a sedan.

The first production car was called Duplex and looked like a Blackhawk with four doors.

In a brochure Stutz showed this Cadillac-style sedan:

The car was built by Coggiola,
an Italian company, specialised in building prototypes.

In 1976, Paolo Martin designed this Sedan,
based on the original design of Virgil Exner.
The production sedan didn't show a vinyl rear-top, and the design of the rear was changed, too. 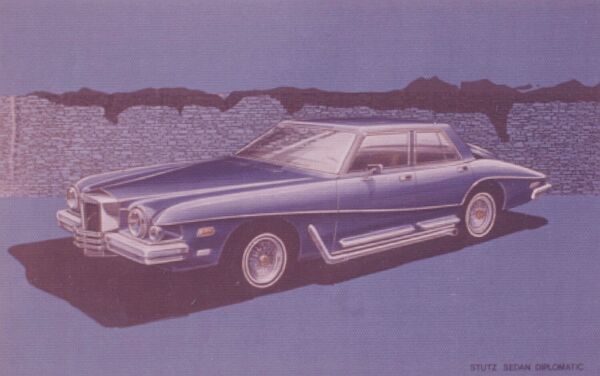 In late 1978, the design for the IV-Porte was completed.
Just the name still was wrong...
the name Diplomatica was used for a different car, bigger than the IV-Porte, and smaller than the Royale. 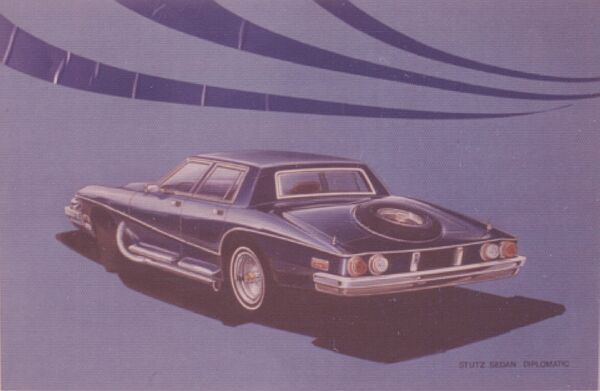 I think real production started in about 1979, based on a Pontiac Bonneville, later it was based on an Oldsmobile 88 Royale. 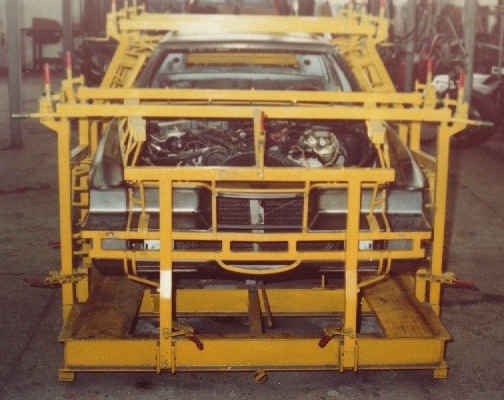 Have a look at the longer part behind the the rear-door.
And the sidepipes are missing...

The front, identic to the IV-Porte,
only the radiator showed a different model-name. 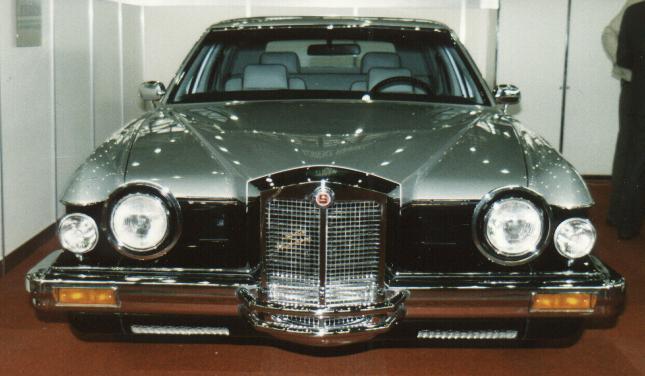 The Stutz Company offered a chauffeur-service, imagine: this was the working place of the driver, must have been a dream-job... 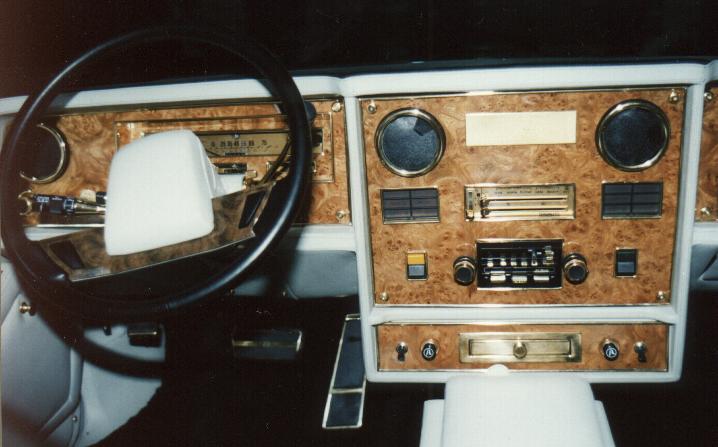 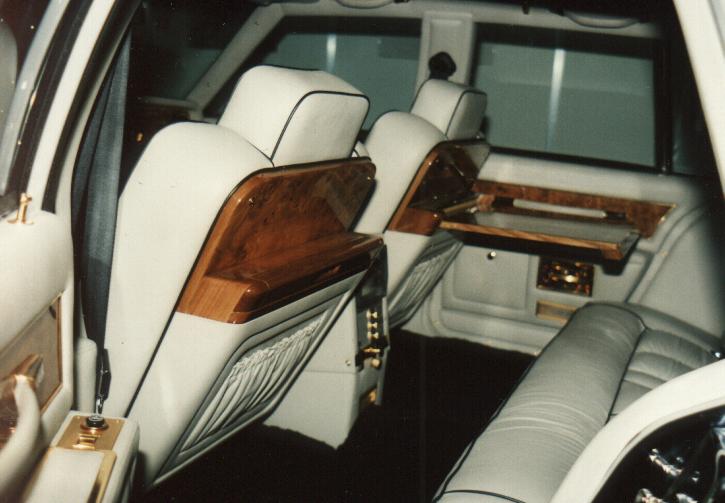