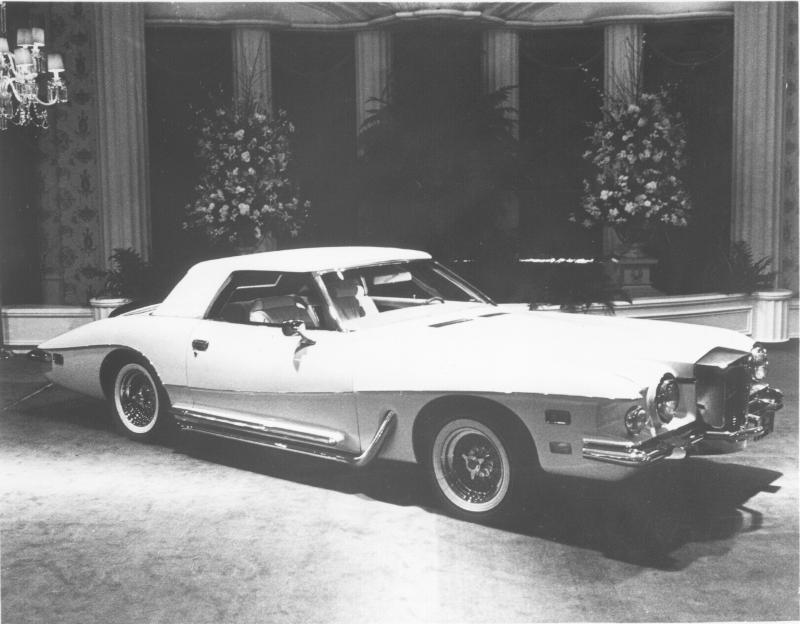 In 1975, Dan Steckler, working for Stutz in California, converted a green 1974 Blackhawk (according to the VIN!) into the very first Stutz Convertible.
In 1976, the D'Italia was presented at the Beverly Hills Hotel. 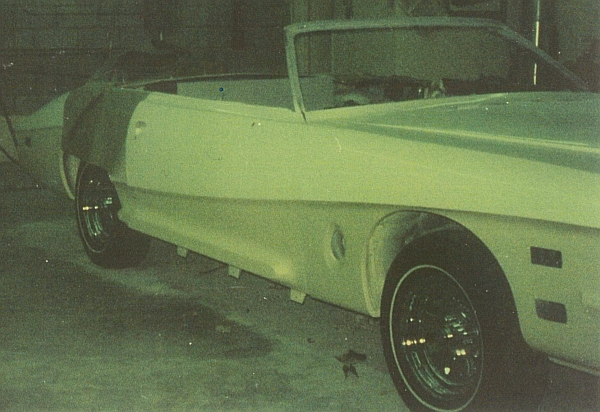 Only one conversion was finished, a second one was started, but ended up as a parts-car
The management of Stutz New York didn't like the idea of having a convertible, mainly because it was created,
when the rest of the American car-manufacturers stopped building convertibles, due to some new safety laws for cars..
According to Dan Steckler, they also didn't like the idea to name the new "model" D'Italia,
which stated the fact that the Stutzes weren't build in the United States of America.

The D'Italia was sold to Evel Knievel.

Later, most likely after a car-thief crashed the car into a wall at some film-studios, the car was repaired and recolored at the shop of Gene Winfield.
So we also know an all-white D'Italia.

At the Petersen Museum in California they show a black D'Italia, owned by Wayne Newton.
Most likely it's the same car, just recolored, again. 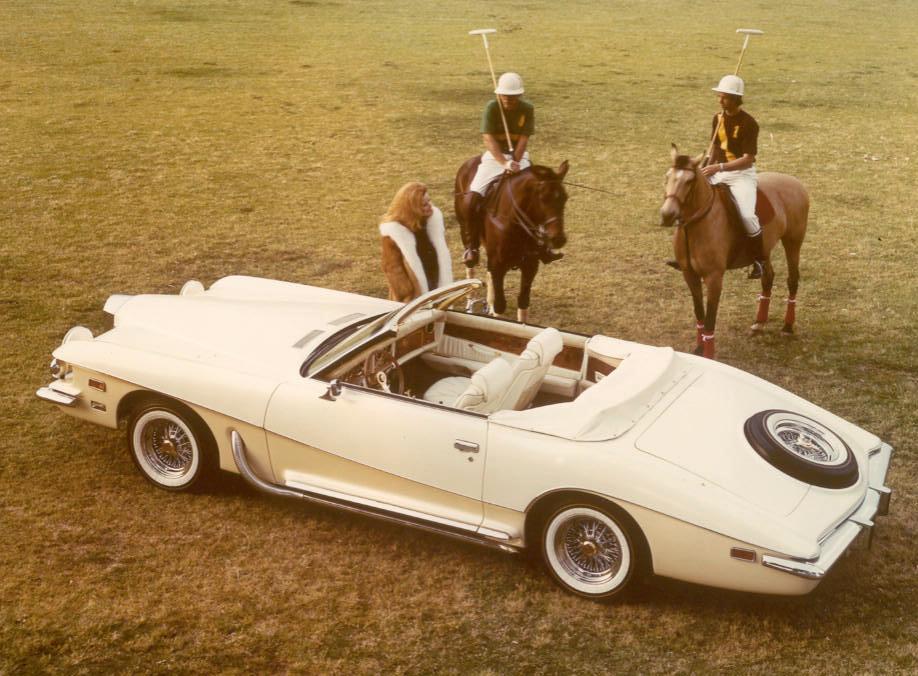 I was contacted by T. Hendricksen,
back in the 70's, he worked for a multi-millionaire in California.
This person was interested in buying the first (only?) D'Italia.
When Mr. Hendricksen entered the show room the first time, to see the D'Italia,
the car was out for a photo-shooting for a cover of the Time-Magazine.
A few days later, he was more successful.
While the car was under consideration for purchase,
the Stutz-dealer informed him that they have a request for the D'Italia to be used in a James-Bond-Movie.
Mr. Hendricksen feared that 18 coats of paint will get scratches during the filming,
and so the D'Italia wasn't featured in a Bond movie...
Finally, Mr. Hendricksen's boss decided not to buy the car,
because the top wasn't covered by a body panel, when the top was down, it was just covered by a vinyl-boot.
So Evel Knievel got his chance! 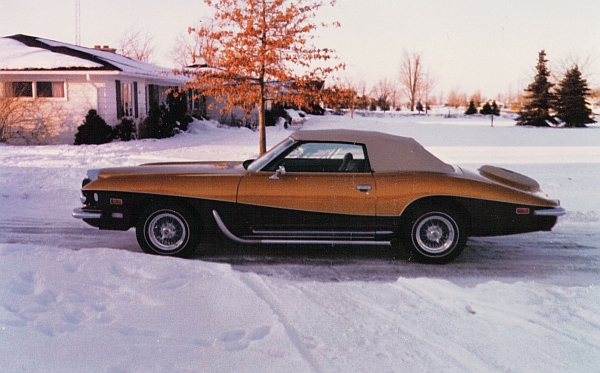 thanks for this photo to Louis Van Den Berg

I was surprised to see another D'Italia...
Well, in January 2008, another photo of that car appeared on Ebay, and so we know that this car is no official D'Italia,
it's based on a 1974 Blackhawk with Vega-taillights, so it's "just" a conversion.
We don't know who did that job, and when it was done... 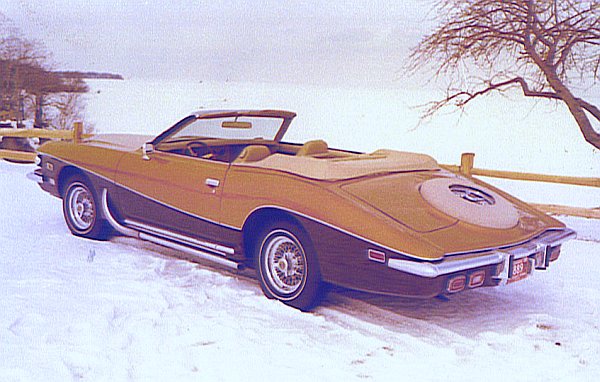 thanks for this photo to Fred Kendall

In 1979, Stutz was able to show the first Bearcat, a convertible with roll-bar.