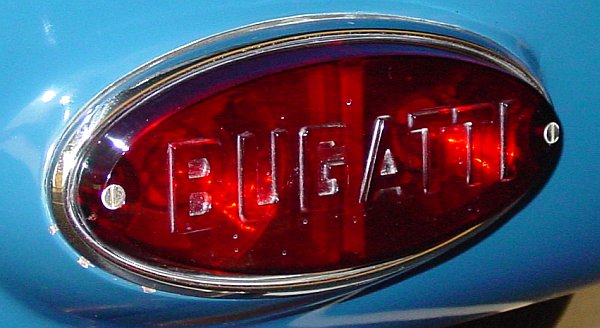 Bugatti tried a comeback after WWII with a modified chassis of the type T57. 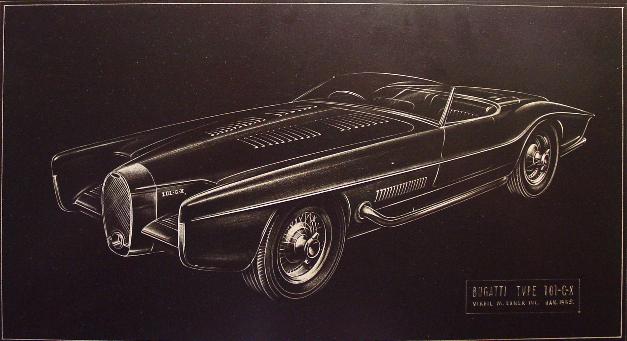 thanks to the mirror the model looks like a complete car

At Ghia the chassis was shortened 46cm, and the bodywork with the design of the Bugatti Revival Car was placed on it with some minor changes.

after more than 40 years, the model is still in excellent condition

After several years, Exner sold the car to Thomas Barett III. After that, it was sold to Irving Tushinsky. The Blackhawk Collection bought it in about 1984 from an anonymous owner and sold it later to William Lyon, the current owner. 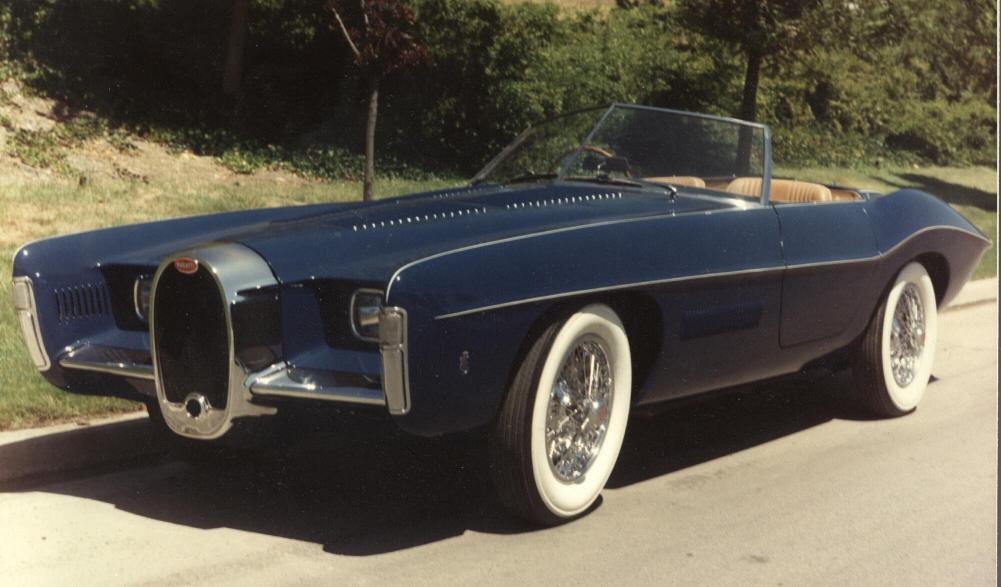 In September 2007, a dream come true, I had the chance to see this wonderful car in person: 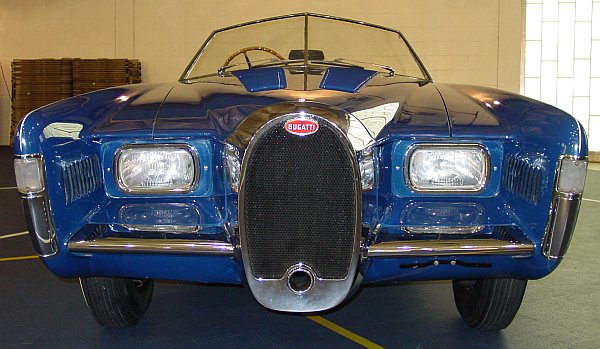 At the "Era of Exner Event", I was able to see the very last "real" Bugatti, and, of course, to take some pictures.

Compared to the Renwal-Revival Kit-Car, the headlights are not freestanding,
and instead of being round they have a square shape.
Anyway, you can see that the Stutz design was inspired by that car!

Compared to the original press-photo of the 60's, the car shows chromed wire-wheels,
instead of white ones. 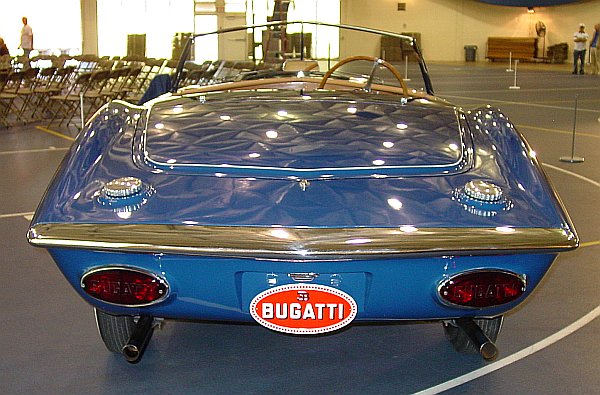 Two gas filler-caps, but only one tank. 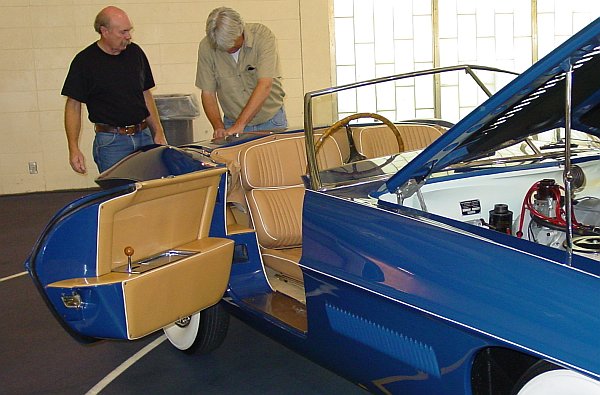 Here is a look at the sporty high-class dashboard. 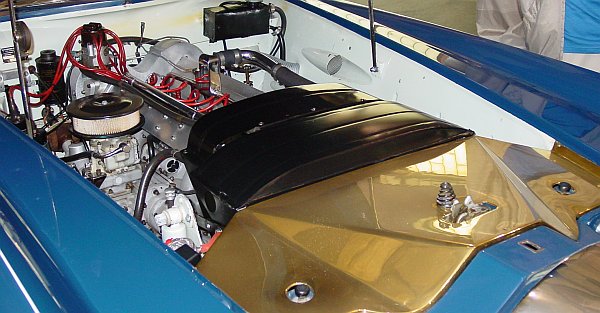 And a look on the beautiful engine... 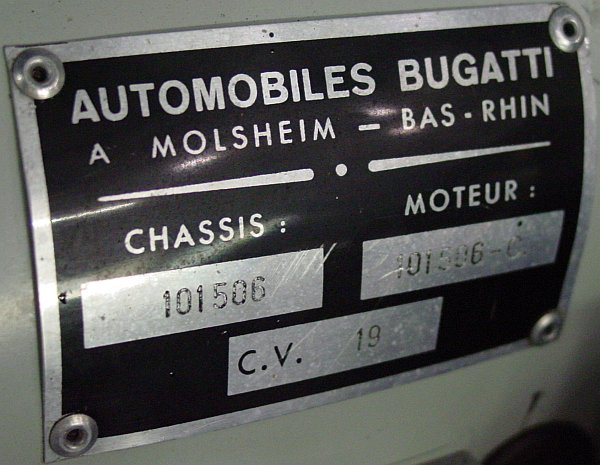 please note: all pictures are copyrighted!

click here to see the other models of the Bugatti T101,
and an original brochure