At the Retro Classics Cologne we had the chance to celebrate the 50th Anniversary of the Stutz Motor Company.

Most European car enthusiasts haven't heard of these cars, most likeley never have seen one of these rare cars.

In August 1968, James D. O'Donnell founded the new Stutz company, to honor the prewar make, and to being able to offer an American luxury car, designed by former Chrysler designer Virgil Exner, based on an American drivetrain, bodied by Italian coachbuilders.
October, 1st, 1968, the very first donor-car, a 1969 Pontiac Grand Prix, was bought, shipped to Italy, and rebodied by Ghia to be the first Stutz Blackhawk Coupe.
In January 1970, the car had its first appearence at the Waldorf-Astoria-Hotel. The car stayed with the founder of the comany until his death.
The second Blackhawk was sold to Elvis Presley... the rest is history... until 1988/89 about 600 Stutzes were built.

At Cologne, Germany, visitors had the chance to see 10 Stutzes.

One of the first Stutzes, for some reasons titled as a 1972, but easy to identify by the split-windscreen.

This Blackhawk was one of the highlights at the 2004 Stutz-Meet, back in 2004, at Graceland.

So it was very special to see it again at a Stutz-Show. 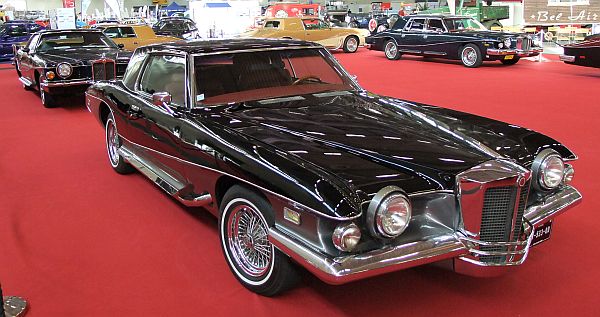 This 1972 Blackhawk came from France, more than 800km one way to the show, luckily it was trailered.

The model of 1972 came without a split-windscreen, had a small window behind the doors, and standard Pontiac rear-bumper, which were "upgraded" by some chrome-bars.

This Blackhawk also had its second appearance at a Stutz-Meet, the car was part of the 2005 Stutz-Meet.

The car was originally sold by Jules Meyers, the first Stutz dealer, who also put a special medal on the radiator-shell. He most likely also cut off the bumper-guards in front of that radiator. 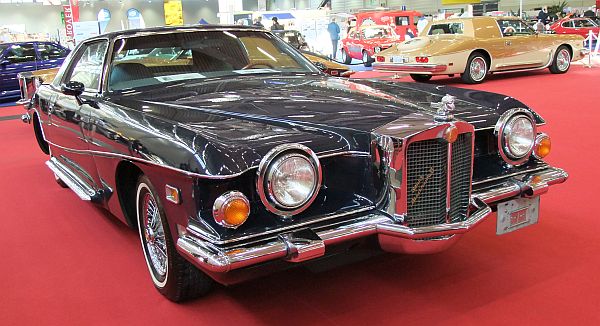 This car came from Switzerland to the show.

The first owner was Curd Juergens, the famous actor.

When the car was brought back to Switzerland, the (fake) sidepipes had to be removed to get it street-legal. 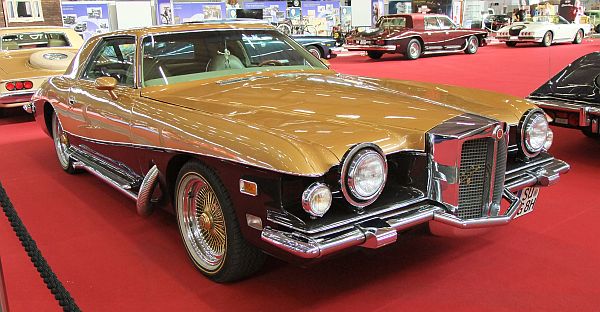 The current owner, Mr. Stutz, bought it from the first owner. 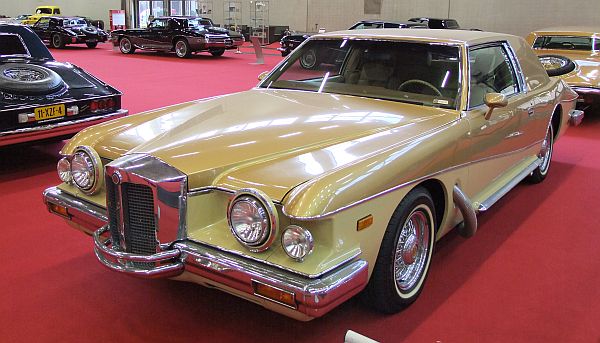 One of the rare late Blackhawks. When Stutz restyled the Blackhawks in 1979, they decided to add a sedan to the production-range, too. So most buyers decided to buy a IV-Porte, or later a Victoria, instead of a Blackhawk Coupe.

This special Victoria is the only one that has some sidepipes. These were standard on all Blackhawks, or the shorter IV-Porte, but the later Victorias all came without this detail. 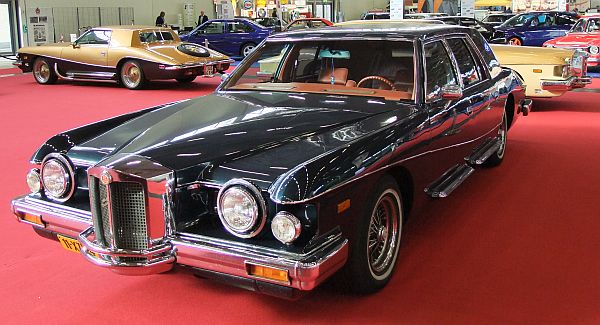 We only have the knowledge of about 10 Victoria Sedans, so it was very special to have two of these rare Stutzes at the Show.
A very special moment for me, when I had the chance to take pictures with both of them.
Also amazing to see all the differences.

One of only 13 Bearcat II, and still in first ownership.

And another Bearcat II, so we had 2 out of 13 at the show!
This car was sold to the first owner, just a few months before the show,
some sort of "new old stock".

Thanks to all the owners that made this going to happen!
We had a great show, some "stutzy" talks, we took a bunch of photos, and enjoyed this event.