When James D. O'Donnell and Virgil M. Exner started the idea to build a "New Stutz",
they had to think for details.
Exner, responsible for design, made the suggestion to put the body on an existing chassis,
the Pontiac Grand Prix with its General Motors drivetrain and its long hood was his first choice.

O'Donnell and Exner made an appointment with the current Pontiac-Boss,
John Z. DeLorean, he gave his O.K. and promised support.
When the clay-model of the Blackhawk was ready,
O'Donnell purchased on October 1st, 1968, the first Pontiac Grand Prix.

This car was the very first Pontiac to be converted into the very first Stutz, the Blackhawk prototype,
that was presented at the Waldorf Astoria Hotel, New York, in January 1970. 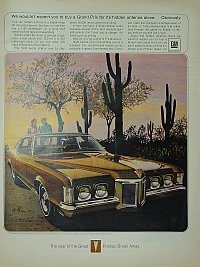 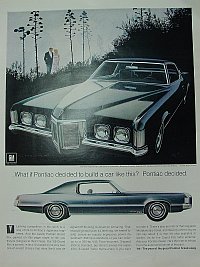 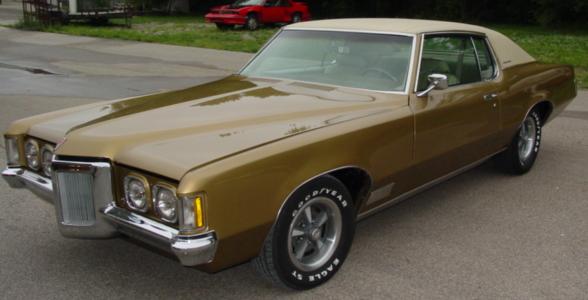 Only small changes were made for 1970.
To see scans of a 1970 Grand Prix brochure: click here 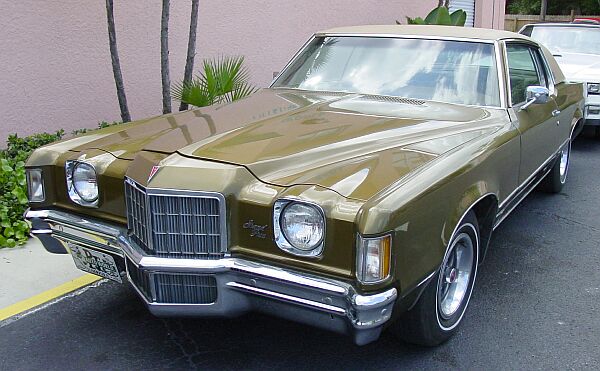 These photos were taken during my trip to the 2004 Stutz Meet. 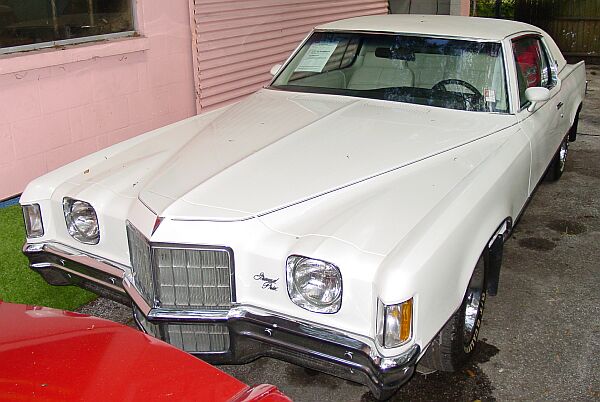 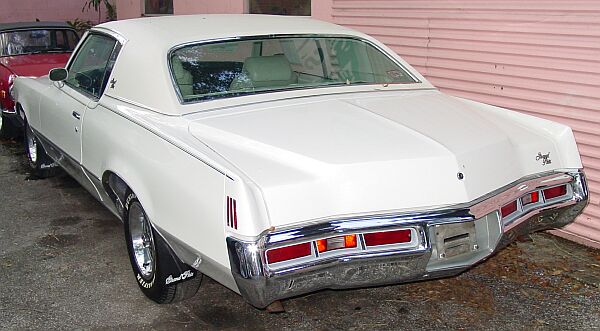 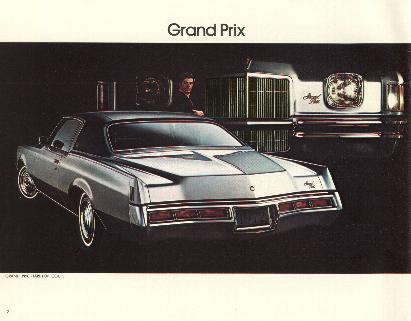 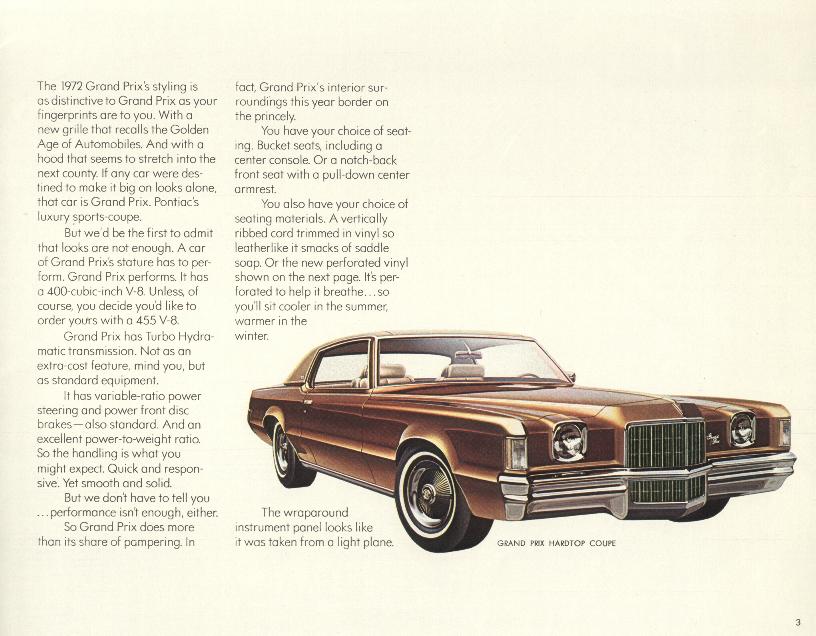 Pontiac placed an interesting ad, in 1973.
The text starts with: "Stutz... Bugatti... Duesenberg"
Telling that these cars are all "museum pieces", now,
well Stutz was back in the market, and the Grand Prix was the technical donor-car. 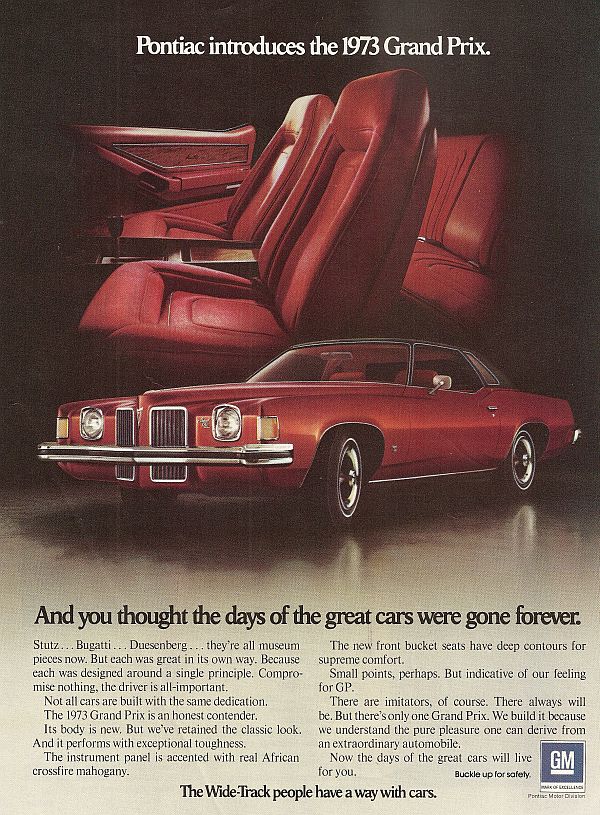 Thanks to Claude Ricks for the scan!

The following picture is showing a 1974 model: 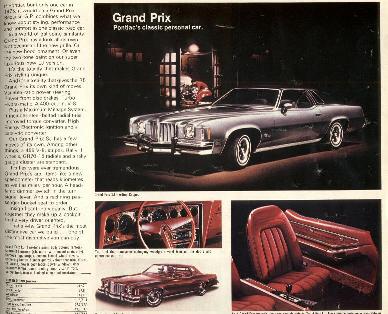 I found a dealer-postcard of a 1976 Grand Prix: 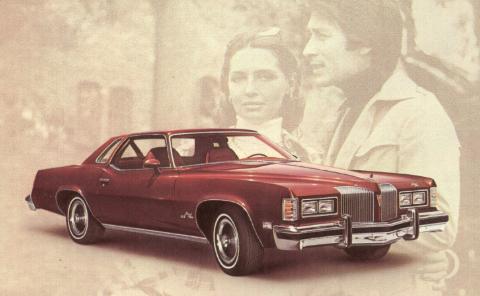 click here, to see some photos of a 1976 Grand Prix 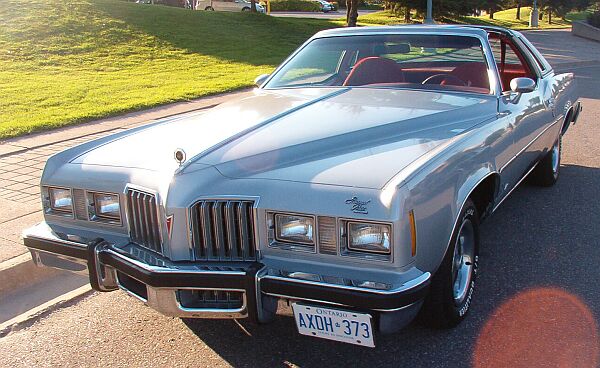 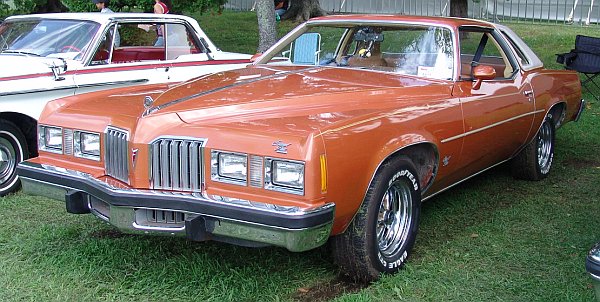 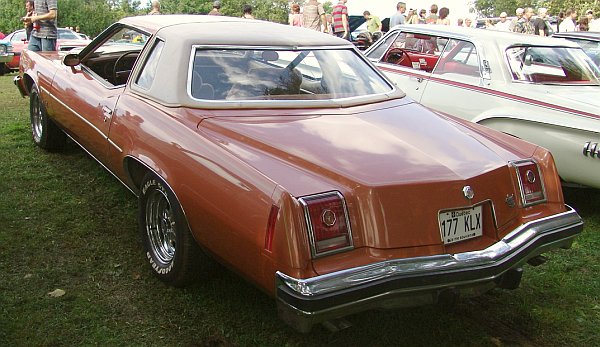 Pontiac downsized the 1978 Grand Prix, so it was to small to be the base for a Blackhawk.
Stutz used the 1977 model as base untill 1979, when they restyled the Coupé, and put it on a chassis of a Pontiac Bonneville 2dr-Coupé.

I'm searching for more pictures, brochures and dealer-postcards.
Please, contact me, if you have something to support this website.